The Journey from Exodus to Modern Times

#17 Holiday Explorer: Passover – The Journey from Exodus to Modern Times

#17 Passover – The Journey from Exodus to Modern Times

Lets take an ancient Journey together with Moses, Aaron and Miriam. They led the Israelites from slavery to freedom and along the way had to free themselves from slavery to the Pharaoh, cross the Red Sea without a boat, get the Ten Commandments from God, and march all the way to Israel. You learn about these stories, all about Passover, and how to participate at a Passover Seder. Enjoy!

Lesson #1: Moses is Born and early life in Egypt 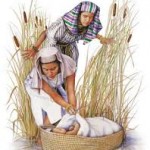 When Moses was born, his Israelite mother put him in a basket and sent him down the river. He was discovered by one of Pharaoh’s daughters and raised in the palace. One day, he saw the Israelites working hard and felt bad for their slavery. He was called by God to free them but at first did not believe in himself, that he could do it. The Lord God sends 10 plagues and finally, the Pharaoh releases the Israelites from bondage and slavery. Click the image of Moses in his basket to begin the lesson.

Lesson #2: Moses, Aaron and Miriam lead the Israelites to Freedom 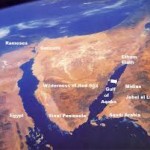 Once the Israelites were free, they left Egypt as fast as possible. So quickly in fact, that the bread they were making didn’t have time to rise. Pharaoh had a change of heart and went after them with his army and found the Israelites at the Sea of Reeds. With the Sea on front of them and the Pharoah’s army in pursuit behind them, they were stuck. So Moses lifted his Rod into the air, the Sea parted, the Israelites ran and as soon as they arrived on the other side, the Sea closed upon the Army that was in pursuit. Miriam then took a timbrel in her hand and all the women danced!

Lesson #3: The Israelites receive the Ten Commandments at Sinai 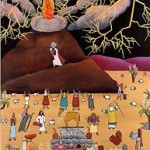 On the third moon after the Israelites left Egypt, they arrived in the desert of Sinai. The Lord God called Moses to the mountaintop and said, “If these people follow my commandments, they will be my treasured People and a holy nation.” Moses came down the mountain after 40 days and nights with the Ten Commandments but the people had betrayed Moses because they built a Golden Calf. In anger, Moses threw down the tablets which had the Ten Commandments. After the People apologized, Moses returned to Mt. Sinai to plead with the Lord God for a second set of Tablets.

Lesson #4: Where did Passover come from? 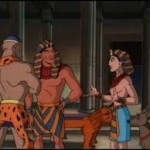 There are three important reasons for Passover. First, Passover celebrates Freedom. In Ancient Days, the Israelites worked as slaves for the Pharaoh of Egypt. The Lord God told Moses to free the slaves and take them to Mount Sinai and the Passover seder re-enacts the biblical story of Freedom. Second, it is the festival of Unleavened Bread (matzot) which celebrates wheat harvest and agriculture. And third, it is linked to the Pascal lamb offering of the nomadic people in the ancient Near East.

Lesson #5: The Passover Seder and the Haggadah 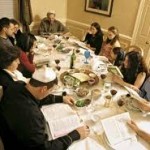 Passover is the most popular and most often observed Jewish holiday. People gather together to tell the biblical story of freedom at Passover Seders. Each symbol on the seder plate reminds us of the Biblical story. In this lesson, you will learn about the items on the Seder plate and two well known Passover songs in the Haggadah so that you can help lead your own Passover Seder.

Lesson #6: Passover From Around the World 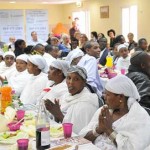 Did you know that Passover is celebrated differently around the world? It all depends on where you live and what unique customs your family has. For example, Sephardic Jews eat rice during Passover, but Ashkenazi Jews do not. Jews in Gibraltar, Spain actually put brick dust into their charoset! And Jews in Ethiopia actually break all the dishes and destroy their pots and pans before Passover and start over! In this lesson, you will learn some of the more “interesting” Jewish customs from around the world. Enjoy!

Lesson #7: Music of the Passover Seder 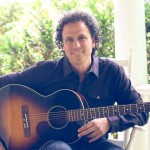 The melodies and music of the seder are so fun and joyous. Learn and enjoy some of the most well known and traditional melodies to the Four Questions, Chad Gad Yah, Dayenu, Avadim Hayinu, and more. Enjoy!