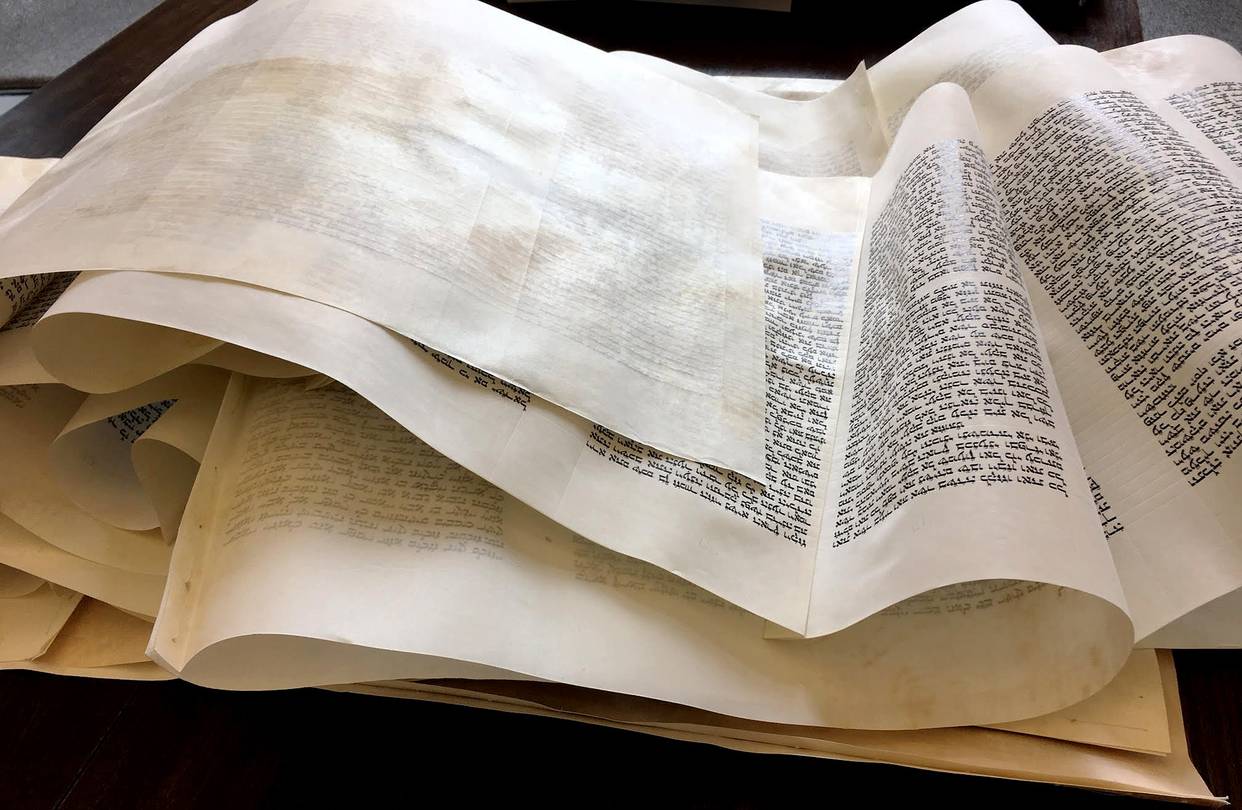 The Torah scroll unbound. The Torah that Julie Seltzer she made for the Tamid congregation. PHOTO: TAMID: THE DOWNTOWN SYNAGOGUE

One of the oldest documents in humanity is getting a modern twist at a synagogue in lower Manhattan.

The downtown congregation Tamid will unveil a new Torah written by a woman—a rare achievement—as part of Rosh Hashana services this week. Rosh Hashana is the Jewish New Year

Julie Seltzer, the scribe, is one of maybe two dozen soforets, as they are known, in the world. This is the third Torah scroll, which contains the Five Books of Moses, that Ms. Seltzer has completed solo. And it is Tamid’s first Torah, though the congregation has for the past few years used a Torah from a now-closed congregation, according to Tamid’s leader, Rabbi Darren Levine.

Tamid, an independent congregation, was founded in 2011 and worships at Episcopal St. Paul’s Chapel, part of Trinity Church Wall Street.

Tamid is believed to be the second congregation in New York City with a Torah written by a woman; Congregation Beth Elohim in Brooklyn is believed to be the first. There are around two dozen Torahs written by women scattered across North America, according to Jen Taylor Friedman, who has worked as a scribe for the last decade and has mentored others.

In another twist, the roughly $90,000 needed to pay for the Torah was crowdfunded through fundraising site Kickstarter. Tamid congregants had the opportunity to sit with Ms. Seltzer and write a letter in the Torah by placing their hands on top of hers.

“Many people think of the Torah scroll itself as a sacred object that is inaccessible,” said Rabbi Levine. “There’s nothing quite like sitting down with a scribe to participate in one of the most ancient practices.”

The 304,805 letters in the Torah are written by hand in Hebrew calligraphy, by scribes that are classically trained in the practice. The vast majority of those scribes are Orthodox men, who are commissioned by a synagogue for the work. Most established synagogues have more than one Torah, which is helpful during certain religious services when multiple Torahs might be needed.

Working fast, a Torah could be completed in less than a year, but it is a painstaking, precise effort that requires proofreading and crafting skills for the elements that contain the parchment. Fixing a mistake could take moments or a week, said Ms. Seltzer, 42 years old.

A Torah typically takes a year and half for Ms. Seltzer to complete. Her primary income comes from running a Jewish education program and other small projects. She began working as a scribe about a decade ago, drawn to a love of Hebrew text. She initially found calligraphy videos online and then apprenticed.

To write, Ms. Seltzer works primarily in her home in Beacon, N.Y., at a drafting table using a quill made from a turkey feather. She writes early in the morning, typically in silence, copying letters from a scanned copy of a Torah onto a parchment sheet with lines scored into it. The work is meditative and all-consuming, as it is sacred, she said.

“I’m only doing that task,” she said of the writing. “I’m not trying to simultaneously think about my grocery list.”

Rabbi Levine says that his congregation didn’t set out to find a woman scribe for their new Torah, though doing so was “completely consistent with our mind-set of egalitarianism and equality of Jewish men and women.” 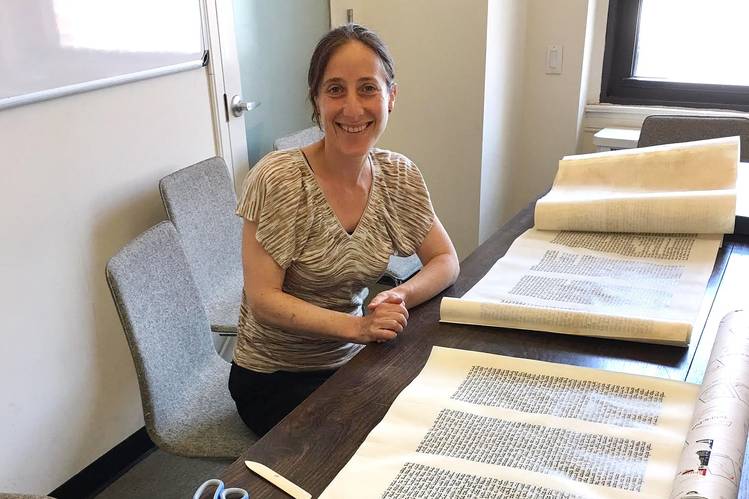 Soforet Julie Seltzer with the Torah she made for the Tamid congregation. PHOTO: TAMID: THE DOWNTOWN SYNAGOGUE

That mind-set, however, isn’t embraced by all, experts say. Orthodox communities, generally, wouldn’t accept a Torah written by a woman, citing traditional understanding of Jewish law.

But for Jennifer Goldgram Baum, 46, the chance for her teenage daughters to meet a woman scribe and write a letter hand-in-hand with Ms. Seltzer was “all about strong, girl power.”

“For me, personally, that completely elevated the experience,” said Ms. Baum.