In this session, you will learn about some biblical Jewish history and some of the most well known people, places, and dates from the biblical era.

#2 Let’s learn about some of the first famous Jewish People from in the Torah. 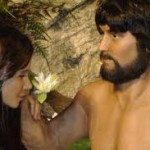 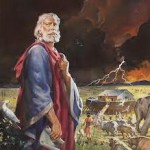 My name is Noah. My sons, Seth and Ham and I lived through a really hard time. We witnessed people being mean and evil to one another, really bad, but I always tried to do the right thing and be honest and kind. One day, the Lord God put my family and animals of every kind into a big ship called and called it Noah’s Ark. A flood came across all the earth, destroyed everything that was bad, and then my family and the animals started the living world over again – that’s the world we have today. 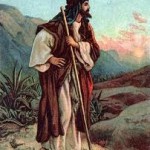 I’m Abraham and I am the first Jew. My parents were idol worshippers. They had all these little statues around the hut and my mom and dad thought these idols had real power in the world. They would pray to these idols and ask for things like rain, good harvests, and health. They might have believed in idols, but not me. As I grew up, I developed a new belief system. Instead of believing in idols, I believed in Oneness, Unity, and One God. That’s why Jewish people say the shema which is the prayer in One God. 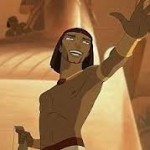 I am Moses. When I was born in Egypt, my mother sent me down the river in a basket and I was discovered by the Pharoah’s daughter. She took me to the kingdom and raised me as a royal child in the kingdom. When I grew up, I noticed the painful enslavement of the Israelites and I was displeased. With the help of the Lord God, I worked to free the Israelites from slavery. Along with my sister Miriam and brother Aaron, I guided them to the promised land of Israel. 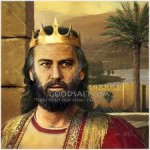 My name is King David, I was the King of Israel around 850 BCE (approximately 3000 years ago) and Abraham, the first Jew, was my great grandfather by something like 10 generations. My big accomplishment was to unite the 12 tribes of Israel. Before I became the King, there were 12 different tribes, similar to 12 different teams. I thought it was more important to have one team, so I unified all the different tribes into ONE BIG TRIBE called Israel. There is a stone with my name inscribed which says, “The House of David.” 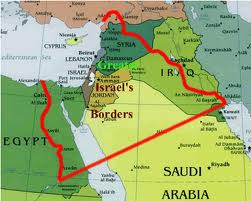 Garden of Eden: A lost place in Mesopotamia
Egypt: The country where the Pharaoh ruled and enslaved the Israelites
Sinai: The desert the Israelites crossed with Egypt on one side and Israel on the other
Israel: The country that King David ruled and where the ancient Jewish tribes lived
Jerusalem: The capital city of Israel and the location of the 1st and 2nd Temple 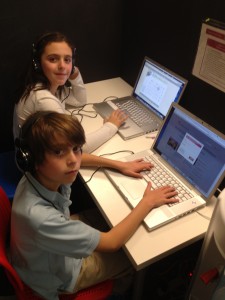 Now that you have studies some interesting things about Jewish History,  please respond to these top 7 questions. Good luck!

1. Who were the first two people in biblical history and where did they live?
2. What was the name of the Ark and what were his son’s names?
3. Who was the first Jew and what did he believe?
4. Isaac was Abraham’s son. Who was the grandson and where did he take his family?
5. The Israelite’s were slaves for 400 years in Egypt. Who came to save them?
6. What did the Israelites receive after they left slavery?
7. What was the name of the powerful King of Israel and what did he do?

IF you need to watch the video again, all the answers are there. Good luck!