Over the course of the last 250 years, many New York Jews have become famous and have set cultural trends around the world: musicians, politicians, artists, authors, designers, industry leaders, and sports heroes. There are too many to name in one lesson, but we will highlight a few (Mayor Ed Koch, Sandy Kaufax, Barbara Streisand, Woody Allen, Philip Roth, Billy Joel, Calvin Klein, Donna Karan). Sanford “Sandy” Koufax born Sanford Braun; December 30, 1935) is a former American Major League Baseball (MLB) left-handed pitcher. He pitched twelve seasons for the Brooklyn/Los Angeles Dodgers, from 1955 to 1966. Koufax, at age 36 in 1972, became the youngest player ever elected to the Baseball Hall of Fame.

Koufax’s career peaked with a run of six outstanding years from 1961 to 1966, before arthritis in his left elbow ended his career prematurely at age 30. He was an All-Starfor six seasons and was the National League‘s Most Valuable Player in 1963. He won three Cy Young Awards in 1963, 1965, and 1966, by unanimous votes, making him the first three-time Cy Young winner in baseball history and the only one to win three times when one overall award was given for all of major league baseball instead of one award for each league. Koufax also won the NL Triple Crown for pitchers those same three years by leading the NL in wins, strikeouts, and earned run average.

Koufax was the first major league pitcher to pitch four no-hitters and the eighth pitcher to pitch a perfect game in baseball history. Despite his comparatively short career, Koufax’s 2,396 career strikeouts ranked 7th in history as of his retirement, trailing only Warren Spahn (2,583) among left-handers. Koufax, Randy Johnson, Pedro Martínez, and Nolan Ryan are the only four pitchers elected to the Hall of Fame who had more strikeouts than innings pitched.

Koufax is also remembered as one of the outstanding Jewish athletes in American sports. His decision not to pitch Game 1 of the 1965 World Series because it fell on Yom Kippur garnered national attention as an example of conflict between professional pressures and personal beliefs.

#3 WATCH: This is Barbara Streisand Donna Karan was born Donna Ivy Faske to mother Helen (“Queenie”) and father Gabby Faske in the Forest Hills neighborhood of the Borough of Queens, New York City. Karan’s mother had been a model and had also worked in designer Chester Weinberg’s showroom. Her father was a tailor and haberdasher who died when Donna was three years old. Karan and her older sister Gail were raised by their mother in Woodmere, in the Five Towns region of Nassau County, New York.She graduated from Hewlett High School in 1966 and then went to the Parsons School of Design.

Karan began her career as an assistant designer with Anne Klein in the late 1960s, where she was promoted to associate designer in 1971. As Klein’s assistant, Karan was a participant in The Battle of Versailles Fashion Show on November 28, 1973. When Klein herself died in 1974, Takihyo Corporation of Japan became the new owner and Karan, together with her former classmate and friend Louis Dell’Ollio, became head designer of the house. In 1984, Karan left Anne Klein and, together with her then husband Stephan Weiss and Takihyo Corporation, started her own business “to design modern clothes for modern people”. She showed her first women’s clothing collection in 1985.[citation needed]

In 1988, Karan, nicknamed The Queen Of Seventh Avenue, extended her women’s ‘Donna Karan New York’ line by creating a less expensive clothing line for younger women, called DKNY. Two years later, she created DKNY Jeans, a denim-inspired collection. DKNY for men was launched in 1992, one year after the ‘Signature’ line for men had been presented. 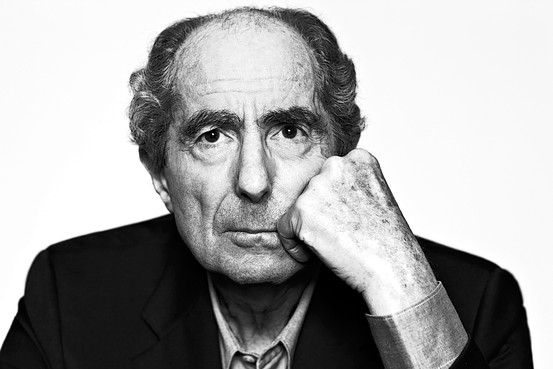 Philip Milton Roth (born March 19, 1933) is an American novelist. He first gained attention with the 1959 novella Goodbye, Columbus, an irreverent and humorous portrait of American Jewish life for which he received the U.S. National Book Award for Fiction. Roth’s fiction, regularly set in Newark, New Jersey, is known for its intensely autobiographical character, for philosophically and formally blurring the distinction between reality and fiction, for its “supple, ingenious style” and for its provocative explorations of Jewish and American identity. His profile rose significantly in 1969 after the publication of the controversial Portnoy’s Complaint, the humorous and sexually explicit psychoanalytical monologue of “a lust-ridden, mother-addicted young Jewish bachelor,” filled with “intimate, shameful detail, and coarse, abusive language.”

Roth is one of the most awarded U.S. writers of his generation: his books have twice received the National Book Award, twice the National Book Critics Circle award, and three times the PEN/Faulkner Award. He received a Pulitzer Prize for his 1997 novel American Pastoral, which featured one of his best-known characters, Nathan Zuckerman, the subject of many other of Roth’s novels. The Human Stain (2000), another Zuckerman novel, was awarded the United Kingdom’s WH Smith Literary Award for the best book of the year. In 2001, in Prague, Roth received the inaugural Franz Kafka Prize.

1. Who was Woody Allen?
2. What was the most significant thing about Sandy Kaufax?
3. Who was Barbara Streisand?
4. What mitzvah/tzedakah project did Donna Karan create?
5. What other Jewish politicians do you know of besides Mayor Ed Koch?