New York City is famous for Jewish American deli foods and bagels. People from all over the world travel to New York (Russ and Daughter’s, Katz Deli, 2nd Ave Deli) to get their favorite pastrami or corned beef sandwich, tongue, matzoh ball soup, and pickles.

#1 WATCH: Click on the pastrami to watch where the best New York deli meats are made 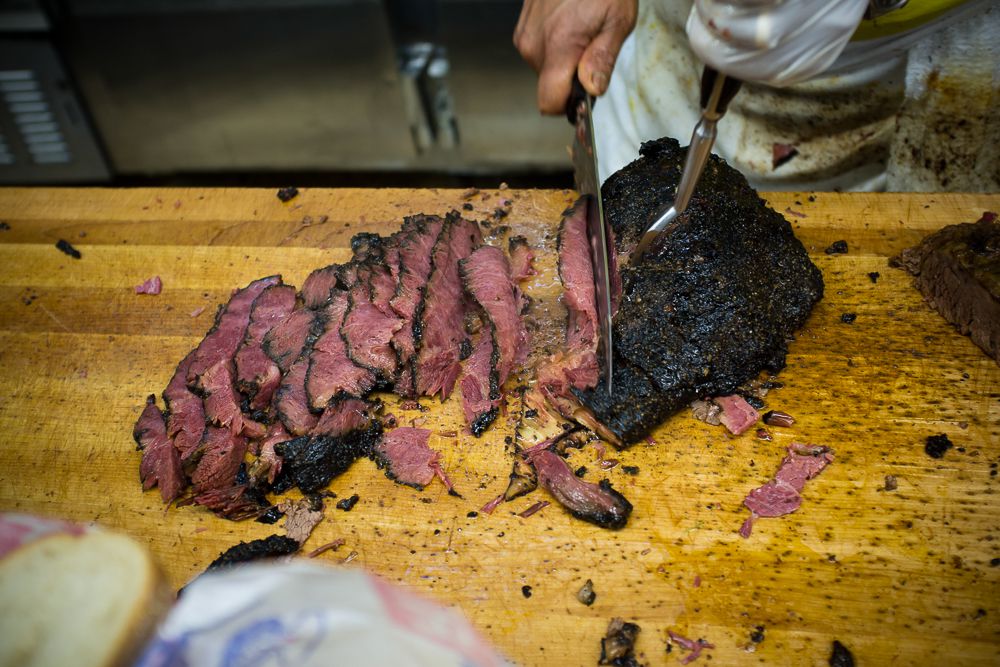 Jewish delicatessens as we know them arose in the 1880s when groups of observant Jews began to arrive from Eastern Europe, mainly Poland and Russia. (Less-observant German Jews had preceded them.) Their religious practices entailed keeping kosher by using biblical precepts to ritually slaughter animals, eschewing pork and shellfish, and carefully keeping a double set of kitchenware to prepare dairy and meat dishes separately. These rules necessitated a double set of restaurants, too. One class of establishment specialized in milk-based dishes (B & H Dairy is one of the few remaining), while another featured meat (look no further than Katz’s for an example). Some of these meat delis obtained kosher certification; others didn’t. Katz’s didn’t, which is how it can serve a meat and cheese sandwich like the Reuben.

The centerpiece of any New York Jewish deli is pastrami.  This is usually a beef brisket that’s been soaked in brine for an extended period (like corned beef), rubbed with spices that include crushed black peppercorns and coriander seed, then smoked and allowed to sit before a final boiling/steaming prior to cutting. It’s said to come from Romania, where a type of cured beef called pastramă is really more like prosciutto. Cured with fenugreek, cumin, and hot paprika, pastramă gets sliced thin and served cold, very unlike our pastrami. As Claudia Rodin noted in The Book of Jewish Food, “One of the great inventions of the American deli was pastrami.”

#3 WATCH: The Making of a Bagel 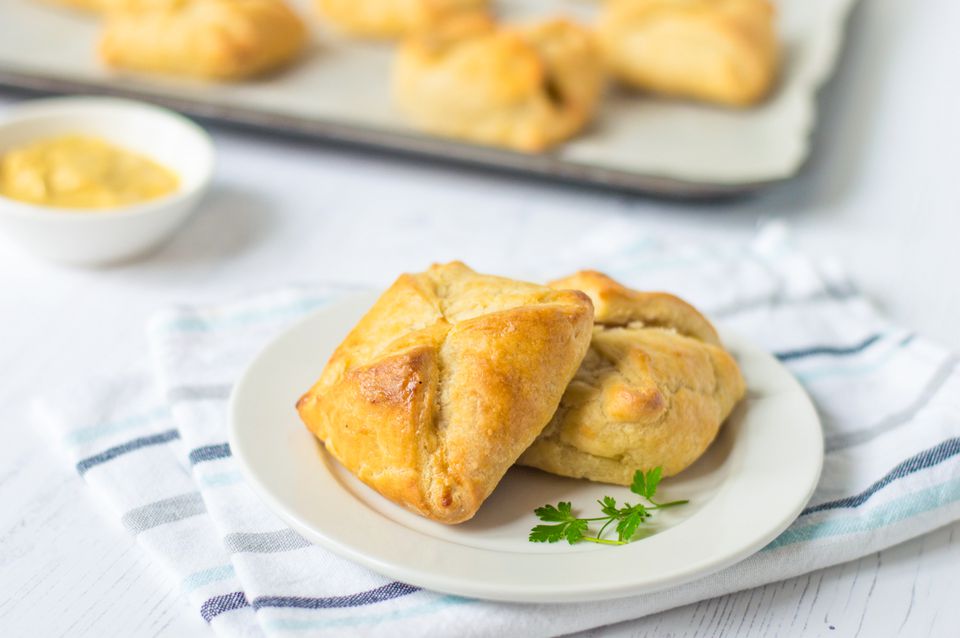 Russian Jews contributed their own food to the deli mix, too. The knish was a hand pie stuffed with mashed potatoes or kasha, a thick porridge of buckwheat groats. Kasha also appears on the deli menu in kasha varnishkes, along with some very Italian bow-tie pasta. While the original knishes were round (as served at Yonah Schimmel), the so-called Coney Island knish, invented in a Brighton Beach knishery, was pillow-shaped with a thicker crust. That newfangled form is now found in most delis and in every hot dog cart in town.

#6: Study: 7 Jewish things about The Pickle

1) Cucumbers are mentioned twice in the Bible (Numbers 11:5 and Isaiah 1:8) and history sets their first usage over 3,000 years ago in western Asia, Egypt and Greece. (Source: NY Food Museum )

2) Americans consume more than 2.5 billion pounds of pickles each year; the North American pickle industry is valued at about $1.5 billion annually, according to Pickle Packers, a trade group. (Source: Pickle Packers )

5) Pickle juice brine, known as “pickle juice,” is sometimes used by athletes to treat dehydration, though it has yet to be proven as a true remedy. (Source: PBS )

6) Kosher pickles were pickles that were approved by the Jewish Orthodox Congregations of America, but the word kosher is now often used to describe any garlic flavored pickle. (Source: Encyclopedia.com )

7) “Non-Jew” pickles are usually made with vinegar and sometimes sugar and pickling spices. Jewish pickles are fermented in brine, which is different than pickling per se, canning or “putting up.” (Source: The Muddy Kitchen )