Ellis Island is a small island in the New York Harbor that served as the arrival point and immigration processing center for the New York area from 1892 to 1954 for 12 million immigrants, three million of them were Jews. Ellis Island takes its name from Samuel Ellis, an 18th-century immigrant probably from Wales, who leased it to the State of New York beginning in 1794, after which it was turned into an arsenal and fort. In this lesson, you will learn about the history of Ellis Island, how the immigration center worked, and the Jewish experience. Between 1905 and 1914, an average of one million immigrants per year arrived in the United States. Immigration officials reviewed about 5,000 immigrants per day during peak times at Ellis Island. Two-thirds of those individuals emigrated from eastern, southern and central Europe.

The peak year for immigration at Ellis Island was 1907, with 1,004,756 immigrants processed. The all-time daily high occurred on April 17, 1907, when 11,747 immigrants arrived. As arrivals from northern and western Europe–Germany, Ireland, Britain and the Scandinavian countries–slowed, more and more immigrants poured in from southern and eastern Europe. Among this new generation were Jews escaping from political and economic oppression in czarist Russia and eastern Europe (some 484,000 arrived in 1910 alone) and Italians escaping poverty in their country.

There were also Poles, Hungarians, Czechs, Serbs, Slovaks and Greeks, along with non-Europeans from Syria, Turkey and Armenia. The reasons they left their homes in the Old World included war, drought, famine and religious persecution, and all had hopes for greater opportunity in the New World.Today, over 100 million Americans—about one-third of the population—can trace their ancestry to the immigrants who first arrived in America at Ellis Island before dispersing to points all over the country.

AUSTRIA, 1912 AGE 8 PROBABLE PASSAGE ON “THE KAISER WILHELM II”
ORAL HISTORIAN’S NOTE: Music can be heard in the background throughout most of the recording of this interview. There are other people with Mrs. Saltzman, at least two women and probably one male, who occasionally interject during the interview. This interview most likely was conducted on Ellis Island when the abandoned main building was used for tours by the National Park Service. Paul E. Sigrist, Jr., Director of Oral History, 5/25/1995.

#5 Study: Jews from around the world came through Ellis Island 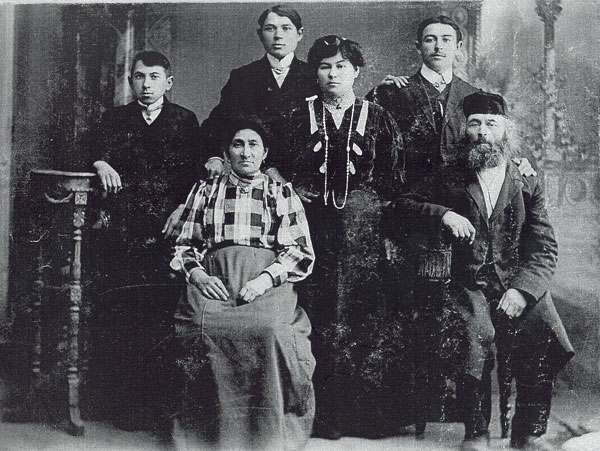 The largest numbers of Jewish immigrants, approximately 2 million, arrived between 1881 and 1914, when World War I broke out. In the latter year alone, 138,051 arrived from Eastern Europe, although the outbreak of WWI soon reduced the flow dramatically.

The average immigrant, exhausted and unable to speak or understand English, had to fill out and complete immigration forms and go through a formal process with medical exams and status questions.

Even the kindest and most considerate person in uniform could appear terrifying. “We were scared of uniforms,” a Russian Jewish woman recalled. “It took us back to the Russian uniforms that we were running away from.” And there were so many questions–about “character, anarchism, polygamy, insanity, crime, money, relatives, work,” as Washington Irving wrote. What seemed like the right answer could be the wrong one. For instance, saying “yes” to “Do you have a job waiting?” could get you detained or deported since contracting for foreign labor was illegal. On top of everything else, unsophisticated refugees were easy marks for swindlers and even white slavers lurking at the docks.

East European Jews faced a special problem. After a journey that may have outlasted their kosher food supplies, they discovered that Ellis Island had none to offer them. Kosher food wasn’t provided until 1911. But the founding of the Hebrew Immigrant Aid Society (HIAS) in 1902 by a group of Russian Jews, recent arrivals themselves, improved conditions considerably.

At Ellis Island and at other ports of entry, HIAS representatives served as mediators and interpreters for the immigrants, found them housing, and fed them until relatives or friends showed up, searched for relatives and friends who didn’t show up, and put in all-nighters scouring the late editions of newspapers for jobs.