Rejoicing with the Torah 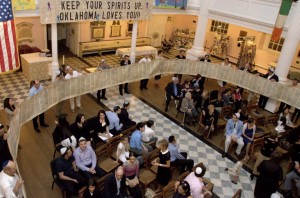 Simchat Torah  (Hebrew: שִׂמְחַת תּוֹרָה, lit., “Rejoicing of/[with the] Torah”) is a Jewish holiday that celebrates and marks the conclusion of the annual cycle of public Torah readings, and the beginning of a new cycle. Simhat Torah follows immediately after the festival of Sukkot in the month of Tishrei, occurring in mid-September to early October.

The main celebration of Simhat Torah takes place in the synagogue and is the only time of year on which the Torah scrolls are taken out of the ark where it is customary to read the last parashah of Deuteronomy and the first parashah of Genesis in the synagogue. On each occasion, when the ark is opened, the worshippers leave their seats to dance and sing with the Torah scrolls in a joyous celebration that can last for several hours. 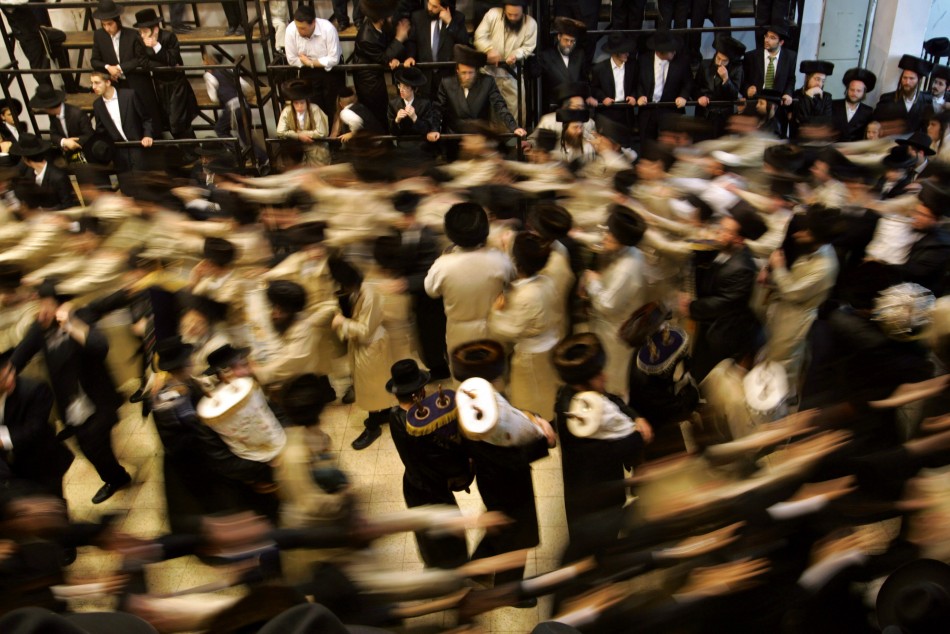 The Simhat Torah festivities begin with the evening service. All the synagogue’s Torah scrolls are removed from the ark and are carried around the sanctuary in a series of sevenhakafot (circuits). Although each hakafa need only encompass one circuit around the synagogue, the dancing and singing with the Torah often continues much longer, and may overflow from the synagogue onto the streets.

Once there was a king and queen who were childless for many years. In desperation, they visited a wise, old man who gave them a powerful blessing, but with one condition. If a daughter were to be born to them, no man must see her until her wedding day, lest she die! When the queen gave birth to a baby girl, a secluded island was prepared on which the princess would live.

After many years, the princess came of age. The king approached a nobleman whom he respected and suggested that he marry his daughter.

“Certainly!” was the enthusiastic response.

The king then explained that his daughter could not be seen before her wedding day. Surprised by this answer, the nobleman declined the match. Perhaps the princess was unpleasant or ugly, or perhaps she was scarred with some terrible defect. None trusted the king’s promise that she was beautiful and kind.

Finally, the last man the king approached told the king that he was greatly honored by the offer. If the princess had the character of her royal parents, then he would be delighted to marry her – even without seeing her before the wedding day.

A date was set and the whole world was invited to the celebration. A marvelous time was had by all… except the groom! He was overcome with anxiety. He had, until then, hidden his fears over not having met his future bride. But during the wedding, the tension showed. Even after the wedding, the groom remained apprehensive. He feared that, although she was beautiful, perhaps an inner ugliness would surface.

The groom’s fears, however, were groundless. The princess was a true gem, a beautiful person inside and out. Over time, he came to appreciate more and more deeply his wife’s beauty, charm, and wisdom. Each day, another wondrous facet of the princess was revealed.

Rabbi Jacob ben Wolf Kranz explained that when the Torah was offered to the world, the nations had many questions about its contents. The Jewish people, however, were committed to keeping it, even before understanding everything it contained

#5 WATCH: Get Up for Simchat Torah