The concern for suffering caused to animals is found in Judaism’s Seven Laws of Noah, which apply to all humankind.

Beginning with the first chapters of the Torah, Judaism establishes a fundamental connection between human beings and animals. Animals, created on the fifth day of the biblical story of creation, can be understood as prototypes of the first human beings–Adam and Eve, created on the sixth day. One of Adam’s first responsibilities as a human being is to name the animals. As evidenced by the episode in which a serpent tempts Eve to eat a forbidden fruit, humans and animals originally speak one another’s language (Genesis 1-3).

The story of Noah’s ark represents a turning point in the relationship between human beings and animals. Furious about human misbehavior, God decides to destroy the world by flood, saving only the righteous Noah and his family and enough animals to sustain all of the species. When the waters recede, God gives Noah seven laws–now known as the Noahide laws–aimed at establishing a just society. 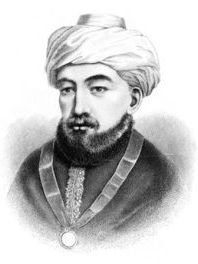 According to Moses Maimonides, “Since the desire of procuring good food necessitates the slaying of animals, the Torah commands that the death of the animal should be the easiest. It is not allowed to torment the animal by cutting the throat in a clumsy manner, by piercing it, or by cutting off a limb while the animal is still alive (Guide of the Perplexed III:48).” Jews are permitted to eat meat, but are commanded to take precautions to ensure that our carnivorous desires do not cause unnecessary suffering to animals. Thus, the Torah prohibits both cooking a kid in its mother’s milk and taking eggs or chicks from a nest while the mother bird is present (Deuteronomy 22:6). These two laws indicate a concern for the emotional pain of the mother bird or cow, who should neither see nor participate in the killing of her children.

#5: WATCH : A Day at a Animal Humane Society “[in regard to the situation in which] every calf is in its own pen, which is so narrow that it does not have space even to take a few steps, and the calves are not fed the appropriate food for them, and have never tasted their mother’s milk, but they are fattened with very fatty liquids…this is certainly forbidden on the basis of tzaar baalei hayim. Even though it is permissible [to cause pain to animals] in order to satisfy human needs, by slaughtering animals for food, or by employing animals to plow, to carry burdens or other such things, it is not permissible otherwise to cause them suffering, even when one stands to profit from such practices (Igg’rot Moshe, Even haEzer 4:92).”