In this lesson you will learn about the international effort in the 1920’s and 1930’s that led to the official start of the State of Israel (May 14, 1948). You will learn about The Balfour Declaration, The League of Nations, The World Zionist Organization, and the Mandate for Israel/Palestine which eventually led to the creation of the State of Israel.

#1 KNOW THIS:  Important and Historic steps

Balfour Declaration was drafted in 1917 by the Foreign Secretary of the United Kingdom, Arthur James Balfour. It was a letter sent to Lord Baron Rothschild, one of the most well known Jewish people in the world.

League of Nations started on January 10, 1920 at the Paris Conference and created the Peace Treaty that ended WWI

Led by Theodor Herzl, The World Zionist Organization (WZO) met for the first time on August 29, 1897 in Basel Switzerland.

The British Mandate for Israel/Palestine was a series of international agreements from 1920 to 1923 that led to British rule and governance in Palestine from 1923 to 1948.

#2. STUDY THIS: The Balfour Declaration 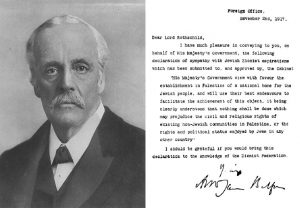 His Majesty’s government view with favour the establishment in Palestine of a national home for the Jewish people, and will use their best endeavours to facilitate the achievement of this object, it being clearly understood that nothing shall be done which may prejudice the civil and religious rights of existing non-Jewish communities in Palestine, or the rights and political status enjoyed by Jews in any other country.

The Balfour Declaration (dated 2 November 1917) was a letter from the United Kingdom’s Foreign SecretaryArthur James Balfour to Baron Rothschild (Walter Rothschild, 2nd Baron Rothschild), a leader of the British Jewish community, for transmission to the Zionist Federation of Great Britain and Ireland.
#3. The League of Nations 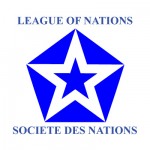 After World War I, the League of Nations was established to help prevent war and to keep peace around the world. The 42 founding countries include: 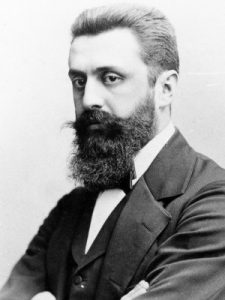 The WZO was founded on August 29, 1897 in Switzerland by many different Jewish organizations all over the world for the purpose of creating a country where Jews could live. They called this movement

“Zionism aims at establishing for the Jewish people a legally assured home in Palestine. For the attainment of this purpose, the Congress considers the following means serviceable:

(1) the promotion of the settlement of Jewish agriculturists [farmers], artisans, and tradesmen in Palestine;
(2) the federation [unified organisation] of all Jews into local or general groups, according to the laws of the various countries;
(3) the strengthening of the Jewish feeling and consciousness [national sentiment and national consciousness];
(4) preparatory steps for the attainment of those governmental grants which are necessary to the achievement of the Zionist purpose.”

#5 The British Mandate for Israel/Palestine

The formal objective of the League of Nations Mandate system was to administer parts of the defunct Ottoman Empire, which had been in control of the Middle East since the 16th century, “until such time as they are able to stand alone.”[5] The mandate document formalised the creation of two British protectorates: Palestine, to include a national home for the Jewish people, under direct British rule, and Transjordan, an Emirate governed semi-autonomously from Britain, under the rule of the Hashemite family.[1]
The League of Nations stated that the Mandate for Palestine “should be responsible for putting into effect the declaration originally made on November 2nd, 1917, by the Balfour Declaration in favor of the establishment in Palestine a national home for the Jewish people, being clearly understood that nothing should be done which might prejudice the civil and religious rights of existing non-Jewish communities in Palestine, or the rights and political status enjoyed by Jews in any other country.[28]
The Mandate began in 1920 and came into affect on September 29, 1923.

#6 WATCH – An Introduction to the League of Nations